The Witcher a Netflix Series

Welcome back all! Today, I wanted to discuss my personal opinions of The Witcher series on Netflix and my outlook on it as a whole (Books, Games and TV show.) If you have read my other posts on The Witcher, then you already know I think the story is rather lackluster. But that could very well be my fault so, lets get into it.

I recently binged The Witcher on Netflix and maybe to your surprise, I enjoyed it. At first, I had my reservations about Henry Cavill playing Geralt, but honestly I think he did a fantastic job. A surprise character for me was Jaskier AKA “Dandelion”. I wasn’t sure if, A) he was going to be in the show and, B) if he would be in the first season. He brought a great comedic element to the show and I enjoyed all his scenes.

Now, when it comes to the story itself I thought it was intriguing, it kept me wanting to continue onto the next episode, despite that it was a little tricky to follow at time with the multiple timelines. I am a bit apprehensive still as to where the story might go. All my prior knowledge comes mostly from The Witcher 3: Wild Hunt. But I did also read through Blood of Elves, The Time of Contempt, and Baptism of Fire from Author Andrej Sapkowski. I find the story to be a bit boring (don’t kill me). 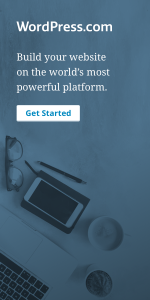 Recently I found out I should have read books of short stories first (but the books I read are labelled 1, 2, and 3 sooo….) Reading these short stories might help with the books but I don’t think it would help with the fact that I found them incredibly boring. I feel like for those 3 books all that happened was walking and talking. I prefer more action.

My memory could be a little hazy though as it was a while back now since I read them or maybe I was just in a mood when I read them but who knows. Because of this I may pick them up and give them another shot. So, if the show follows the books closely I am afraid it might become boring.

When it comes to the story for The Witcher 3, It also seems rather boring to me. Both The Witcher 3 and the books I read have the same type of story. But in the game you have Witcher contracts(the best part!) and interesting side quests to help you keep on going.

All in all I enjoyed the first season of Netflix’s The Witcher. I don’t know how good it will continually be. I will watch the second season when it comes out and I have faith it will be good since most modern TV it really well done. But if they stay too close to that story I know it will get boring and I wont be able to watch it anymore.

What are your thoughts on the show? Books? Games? Let me know in the comments! Thanks for reading!

← Book Review: Abomination by Gary Whitta
Looking Back On 2019 →

4 Comments on “The Witcher a Netflix Series”

This site uses Akismet to reduce spam. Learn how your comment data is processed.